It is nearly ten years since I was last in Barcelona. Last time was as part of a University field trip which involved fleeting visits to the cultural, and architectural highlights of the city, along with some of the less salubrious attractions.  I’m not sure if any of the photographs from that trip still survive, and if they do, then the negs are either in my Mum’s loft, or the images are on the HDD of a long defunct windows XP desktop in my loft.


I always say that Barcelona is one of my favorite cities, (the others being Berlin, and recently, New York) but I was forgetting just how great it is!


We were staying up the Costa Brava, so came into the City on the coastal train arriving into Placa de Catalunya.  From Catalunya we walked down La Rambla, Through Placa Raiel, El Gotic, and down to the mar, past Columbus’  Column. 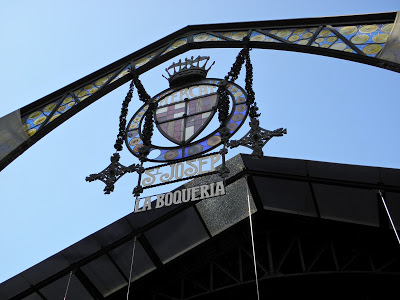 La Boqueria market off La Rambla, I had the most amazing fish from here at a restaurant later in the evening!

Early Gaudi street lamps in Placa Raiel. This is where we stayed with uni… it has a real edge after it gets dark! 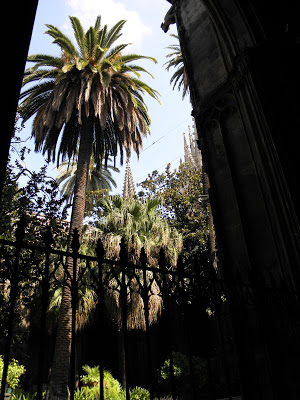 Cloister of the Cathedral of Barcelona in El Gotic. 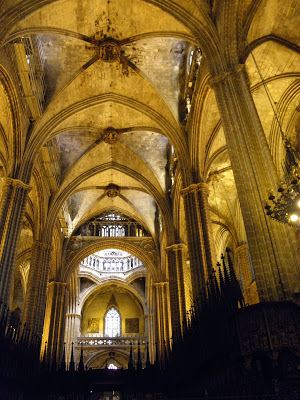 Inside the Basilica of the Cathedral of Barcelona, 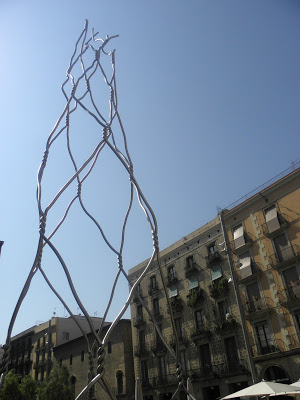 If the City does one thing better than anything else it is the quality of the public space. 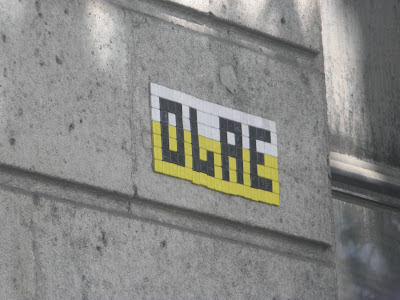 I’m pretty sure that this is a Space Invader piece down by the marina.


From the bottom of La Rambla we took the Metro up to Sagrada Familia.